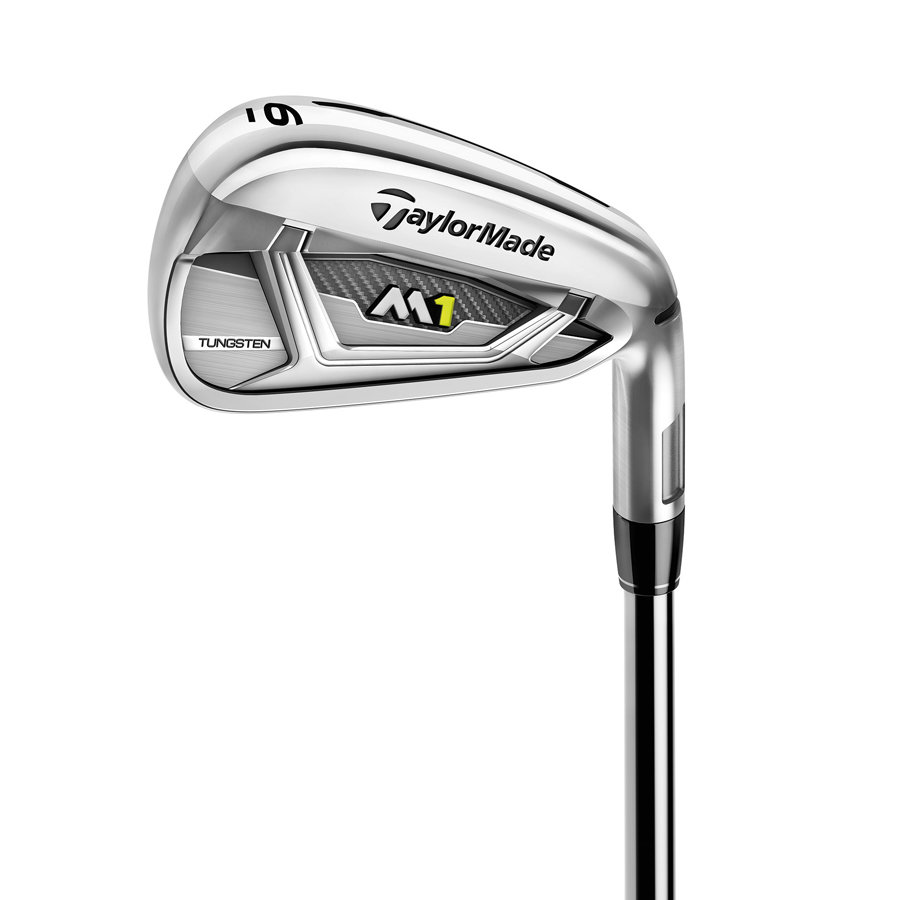 In 2017, TaylorMade introduces the M1 irons - an entirely new line that packs the distance and forgiveness of M2 irons in a more compact shape for improved control. M1 irons have been crafted to bring as much of the speed, forgiveness, and playability of the M2 irons, but deliver it to the player who prefers a slightly more refined look along with additional control and workability.

M1 irons feature both Speed Pocket Technology and Face Slots, which are designed to increase flexibility at the boundaries of the clubface to improve consistency of ball speed on off-center impacts. This combination of technologies is designed to produce longer, higher shots with improved consistency and dispersion on all shots.

With a smaller overall head size, reduced offset, thin toplines, and shorter blade lengths, M1 irons are more compact than traditional distance irons and provide a confidence-inducing look at address. The result is a visual appearance at address suited for the aspirational and better players while offering performance typically found in modern distance irons.

Similar to the new M2 irons, the M1 irons also implement TaylorMade’s Geocoustic engineering; acoustics tuned through geometry. TaylorMade’s fin badge is a feature that works in conjunction with Face Slots to dampen unwanted low frequency, long duration sounds. The sound of the M1 is optimized using thin-yet-stiff head geometry combined with strategically placed reinforcements in the topline. The resulting sound is then dampened using a very stiff fin badge connecting the back of the flexible face to the stiff back bar of the iron for optimal sound damping.

Save this product for later